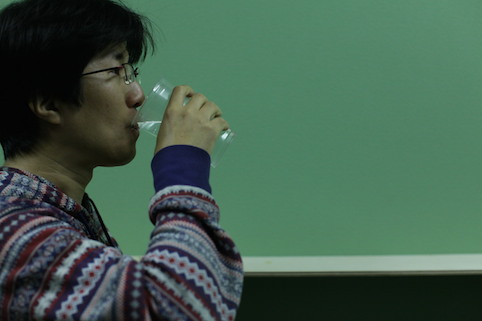 Performing a conversation with Tatsuya Fujii, curator of Nishinomiya-Funasaka Biennale 2012

A 48-year-old artist travels to Japan. He brings along the memory of a song he loved when he left his childhood. The Artist intends to find an equivalent partner, the curator, to share these initial moments.
Looking back to his adolescence it remembers him to a Novel by a German author. Later, by chance, he read a novel by a Japanese author, which reminds him of both the beloved song and the story of a traveling artist. 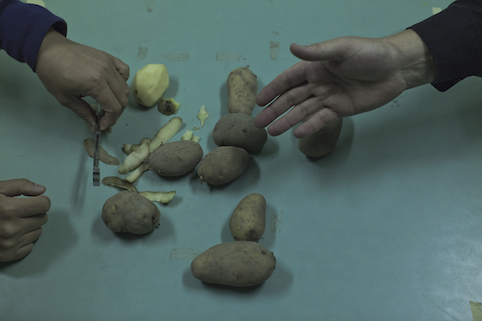 We measure the world with numbers and in different units for weight, length, height, time … When we move through space we could count our efforts and call this work. Work means an acting subject, a single position to be considered in different time and space. Gathering of all inter-subjective experiences brings us a language of everyday life. Acting in the field of language means to form and diverse terms and definitions.
And acting means to change normative positions of each participator.
When language comes to determine rules, we can interpret the difference in the ways we act upon. A non-mobile participant used to describe the rules on geopolitics and cultural conservation. Moral and rules show us a frameset of what is in and what is out of the concept of a certain group.
We point out the differences between different cultures to organize a language frame. 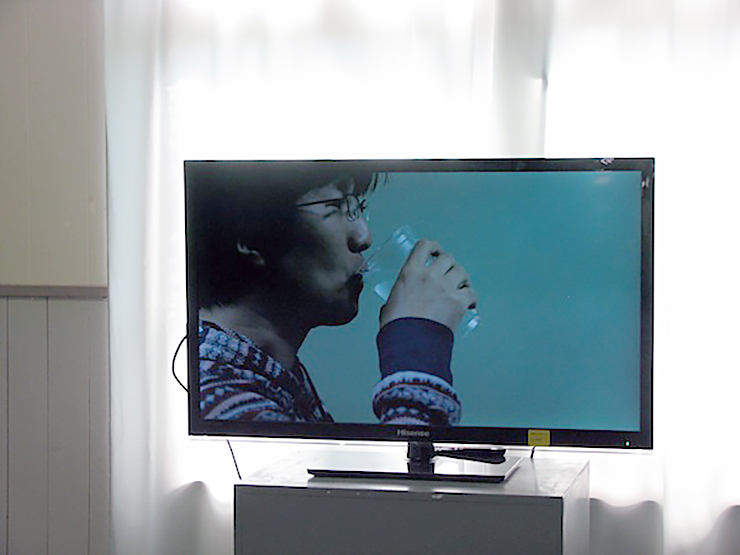 We are told what to do. The word ‘we’ means an exclusive system of subjects in the frame. So what could bargain for a universal language, a universal frameset in a system we call ‘daily life’. What are the rules in this field, what means to act in and outside the frameset? 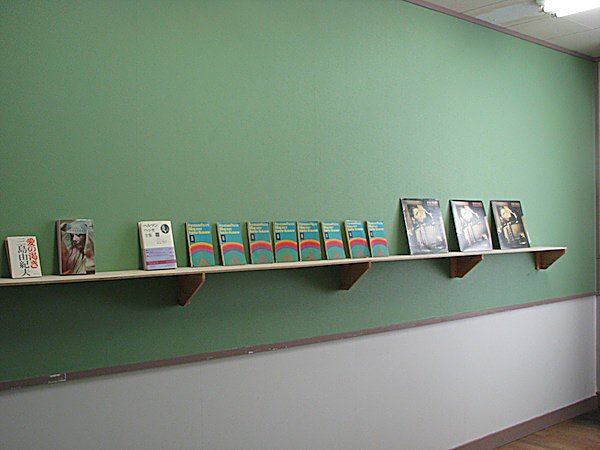